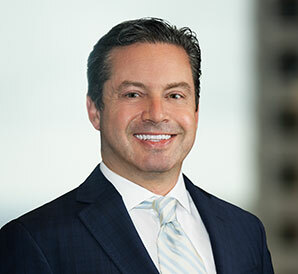 Roger was named Co-Managing Partner of BFKN in January 2022. He is also a partner in the Commercial Litigation, Antitrust & Commercial Competition, Real Estate, Financial Institutions, and Manufacturing, Distribution & Franchising Groups. He is a trial lawyer who litigates on behalf of individuals and corporations. Appearing 100+ times before judges in federal and state courts in jurisdictions across the country, Roger has been engaged by some of the world’s most prominent companies to represent them in their most significant legal disputes, including class actions, shareholder disputes, and derivative claims. Roger has a wealth of experience advocating on behalf of manufacturers, REITS, financial institutions, distributors, developers, and the officers and directors that work in these industries.

Roger is a partner in BFKN’s Real Estate Group, a cornerstone of the firm since its founding. Roger represents a broad range of real estate clients and is well-versed in the unique controversies involving real estate. He has extensive experience with representing REITs in numerous industries, including the healthcare, industrial, and office sectors. Roger acts as primary counsel to several REITs related to disputes concerning capital markets transactions, creation of joint ventures with institutional investors, acquisitions, dispositions, and leasing in connection with REIT operations. He has also litigated issues related to a broad range of construction and development projects on behalf of various parties, including owners, developers, lenders, and contractors concerning locations throughout North America.

Roger is the former Chair of BFKN’s Commercial Competition Group. The Commercial Competition Group at Barack Ferrazzano advises some of the world’s largest companies on the implementation and enforceability of commercial covenants implicating competition. Roger represents clients on such matters in a wide range of industries, including medical technology, manufacturing, real estate, and finance. He provides clients with strategic, transactional, and pre-litigation counseling on restrictive covenants, and has mediated, arbitrated, and litigated disputes throughout the United States regarding the enforceability of covenants not to compete, non-solicitation covenants, no-hire covenants, confidentiality covenants, and related matters concerning trade secrets, the Computer Fraud and Abuse Act (18 U.S.C. § 1030), and the Robinson-Patman Act of 1936 (15 U.S.C. § 13).