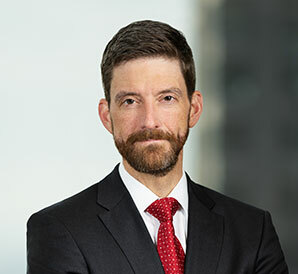 Nathan is the chair of the Firm's Bankruptcy & Creditor Rights Group. He has extensive experience in all aspects of business reorganizations, workouts, and bankruptcies, inside and outside of court restructurings, including:

Nathan is distinguished among his peers, consistently recognized in the areas of Bankruptcy and Reorganization in the Illinois Super Lawyer publication and in the Commercial Bankruptcy and Workout Law categories in the Leading Lawyer publication, and receiving the Peer Review Rating – AV Preeminent, the highest peer rating standard by Martindale-Hubbell.

Nathan is actively involved in volunteer and charity work. He served as co-chair of the Bankruptcy Court Liaison Committee and serves on the Volunteer Attorney Panel in the Northern District of Illinois. Outside the practice of law, Nathan has worked with World Bicycle Relief for years to fundraise and raise awareness for its mission to provide large-scale, comprehensive bicycle distribution programs to aid poverty relief in developing countries around the world.

Nathan is an active runner, often racing all distances from 5ks to marathons. Combining charity work with running is a passion. Nathan has used running to raise tens of thousands of dollars collectively for Chicago Coalition for the Homeless, Asha for Education, Doctors Without Borders, and World Bicycle Relief (WBR), most recently having committed to run 3,000 miles in 2022 to support WBR.