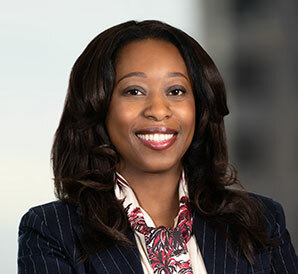 Allison, a partner in the Compensation & Employment and Litigation groups, is a versatile employment litigator, trial attorney, and strategic partner with deep experience handling high-profile and “bet-the-company” matters for diverse clients across the country.

Allison’s employment litigation practice emphasizes defense of claims of discrimination and harassment in private lawsuits, as well as government agency actions under federal and state anti-discrimination statutes. Allison also has served as defense counsel in several federal and state wage and hour collective action matters and has successfully litigated and resolved numerous single-plaintiff cases through effective discovery management, motion practice, and settlement. Moreover, she has on multiple occasions played a lead role in implementing sophisticated, and ultimately successful, defense strategies in high-profile multi-plaintiff and class action cases. Allison’s current and past clients include Fortune-ranked corporations in the luxury, fashion and retail, banking, telecommunications, auto manufacturing, and pharmaceutical sectors.

In recent years, Allison secured complete defense victories in multiple trials. She has served in the role of a Special Appointed Attorney General while defending a former Illinois State official against highly publicized claims of retaliation involving underlying allegations of sexual harassment and assault in a bench trial. In two separate matters, Allison tried as a lead defense counsel claims of discrimination and retaliation against a Fortune 50 aerospace company and defense contractor, both times securing jury verdicts in state court.

More than a litigator, Allison is a strategic partner to her clients, and as such devotes a significant portion of her practice to counseling clients facing a variety of workplace challenges. Having been seconded multiple times to clients, Allison brings valuable in-house perspective to the solutions she proposes. She has served on practice group “#MeToo” and Diversity, Equity & Inclusion task forces and committees and has in recent years expanded her practice to include handling sensitive workplace investigations involving executives and employees at all levels and projects relating to developing diversity strategy. Amidst the current public interest in racial justice and equity issues, Allison has been involved in discrimination and diversity and inclusion crisis investigations for retail clients.

Allison’s other recent counseling experience has involved serving on a rapid-response COVID-19 (coronavirus) task force, where she supervised a team of nearly 70 attorneys and became particularly knowledgeable about state and local restrictions on commercial activities in the U.S., Puerto Rico, and the Caribbean.

Before joining Barack Ferrazzano, Allison was a sought-after attorney in the Chicago labor and employment group of a global firm. Prior to her legal career, Allison worked in fundraising and grant writing, serving in positions in large cultural institutions in New York, and at the New York City Emergency Management Office.

In March 2022, Allison was appointed by Illinois Governor J.B. Pritzker to the role of Commissioner of the Executive Ethics Commission,  a key agency for sweeping ethics reform for the State of Illinois. The Commission provides more definitive rules regarding what constitutes improper use of state time and resources, improves ethics training and reporting procedures, and establishes strong enforcement mechanisms to ensure ethics rules are followed. The nine-member Commission reviews and determines appropriate action in cases brought forward by the executive inspectors general and represented by the Attorney General.  Allison, who serves in this critical role alongside her position as partner at the firm, will complete the time remaining in the vacancy to which she was appointed and will, upon state senate confirmation, serve successive four-year terms.

Outside of work, Allison enjoys spending time with her boisterous young family, cooking food from her native Jamaica, running in and around her neighborhood, and scouring estate sales for mid-century modern furniture from significant makers.