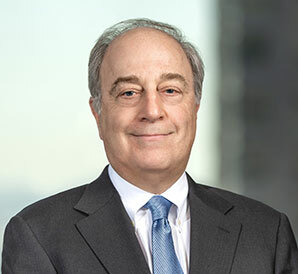 Sandy is a partner in the Firm's Corporate & Securities Group (having served as Chairman of the Group from 2001-2017), and concentrates his practice on general corporate, securities and international law matters. Sandy’s general business practice has given him broad-based experience in a number of areas including domestic and international general corporate and new venture counseling, mergers and acquisitions, corporate finance, public offerings and private placements, private equity, joint ventures and contract negotiations. He has extensive experience working with domestic and foreign high tech businesses, as well as negotiating, structuring and documenting unique and complex mergers, acquisitions, financings, distribution arrangements, recapitalizations, university spin-offs, and resolutions of business disputes. He also has represented clients in a number of matters before the Securities and Exchange Commission and the Federal Trade Commission. Sandy regularly works with a diverse group of businesses including domestic, Pacific Rim and European entities involved in advanced technologies, industrial and consumer products, nuclear and conventional power infrastructure projects, manufacturing and financial services.

In addition to his general corporate work, Sandy works with a number of not-for-profit entities on a pro bono basis. Sandy has co-authored several publications for the Practicing Law Institute on various aspects of federal securities laws, and he frequently speaks about mergers and acquisitions and various corporate-related issues at leading industry conferences throughout the U.S. and internationally.