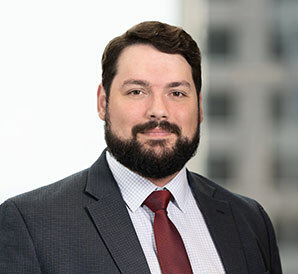 In addition to litigation counsel, Mike also has advised on a substantial number of transactions to avoid litigation altogether, including creditors in out-of-court workouts, automotive manufacturers in negotiating approvals for franchise buy/sell agreements, and private and publicly-held clients in numerous strategic transactions and out-of-court settlements. Mike has served as both a lead negotiator and deal architect for such arrangements, developing creative transaction frameworks to solve novel problems in highly regulated fields. Mike also has experience in evaluating warranty regulations that apply to automotive manufacturers’ dealership networks.

An active participant in pro bono legal services, Mike represents individuals in immigration, taxation, special education, and family law matters. He also aided a pro bono client in achieving asylum in the United States, based on persuasive and detailed briefing that was specifically commended by the judge. Mike’s work on this case resulted in “Rising Star” recognition by the National Immigrant Justice Center in 2019.

Mike spends his free time chasing after his rescue dog, testing out recipes on his family and friends, and keeping his fingers crossed for another Chicago Bears Super Bowl title in his lifetime.