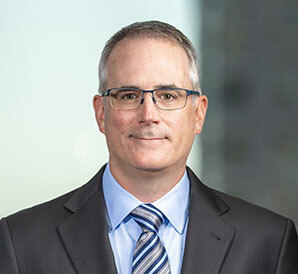 Chuck has represented borrowers in connection with a multitude of real estate-based finance transactions, including mortgage, mezzanine, and construction loans originated by domestic and foreign life companies, balance sheet lenders (stand-alone and syndicate), and CMBS originators. In addition, he regularly represents both purchasers and sellers of real estate assets. While Chuck works extensively in the retail sector, he also has broad experience with transactions involving office, multifamily, industrial, and hospitality properties located throughout the United States.

Prior to rejoining the Firm in 2012, Chuck was Vice President and Senior Associate General Counsel at General Growth Properties (GGP), where he headed the Capital Markets legal practice group. Chuck represented GGP in connection with dozens of mortgage and mezzanine loans, with average loan proceeds in excess of $100 million and total proceeds exceeding $10 billion. During his 6-year tenure at GGP, through a unique cross-departmental experience, Chuck gained an in-depth understanding of the retail industry, handling not only property and corporate-level financings, but also new developments, redevelopments, acquisitions, dispositions, anchor transactions, joint venture transactions, and big-box and theater leases. During GGP's bankruptcy, Chuck played an integral role in the negotiation and documentation of the consensual restructuring of nearly $15 billion of secured debt. Chuck’s in-house experience at GGP provided invaluable insight into the client-side of business operations that is essential to aligning complex real estate transactions with the desired business goals of his clients.