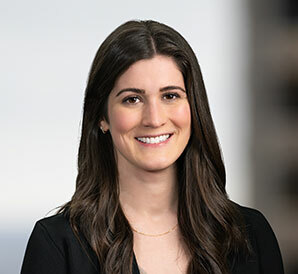 As an associate in the Firm’s Corporate & Securities and Fashion, Luxury & Retail Groups, Kait’s practice focuses on mergers and acquisitions, venture capital, and other strategic transactions. She has experience representing both public and private companies on complex business matters, with an emphasis on:

Kait counsels both domestic and international clients in a wide range of industries, including manufacturing, technology, and consumer products, but she concentrates the majority of her time in the fashion, luxury and retail and wines and spirits industries. For example, she represented LVMH Moët Hennessy Louis Vuitton in the $650 million sale of Donna Karan International to New York-based G-III Apparel Group, and she has played a pivotal role in Moët Hennessy’s North American expansion, including through the acquisition of American craft distillery Woodinville Whiskey Company and the acquisition of an equity interest in Colgin Cellars.

She also has extensive experience representing luxury fashion brands in connection with celebrity endorsement deals, event productions, and product placements. Among other brands, she has represented Louis Vuitton, Givenchy, and Celine in the negotiation of licensing deals with prominent celebrities, such as Emma Stone, Sophie Turner, Alicia Vikander, Nicole Kidman, and numerous others. In addition, she has negotiated a variety of sponsorship agreements, including the representation of Louis Vuitton in its multi-year partnership with the NBA and its inventive partnership with Riot Games, the developer behind the multiplayer online video game “League of Legends.”

In her spare time, Kait spends her time logging miles along Chicago’s Lakefront Trail and learning to cook.