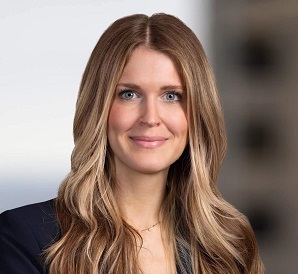 Megan’s practice primarily focuses on mergers and acquisitions, joint ventures, venture capital, and contractual matters and negotiations, with an emphasis on:

Megan counsels both domestic and international clients in a wide range of industries including real estate, luxury and retail, manufacturing, and technology.

Prior to joining Barack Ferrazzano, Megan was a corporate associate at a large international law firm headquartered in Chicago where she represented publicly traded companies and private equity firms in connection with various financings, securities offerings, mergers and acquisitions, and investments.