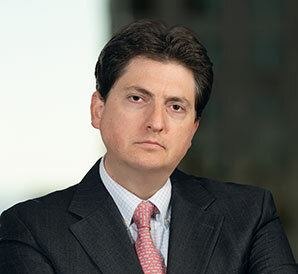 Jack Snyder is a partner in the Firm's Litigation and Motor Vehicle Groups.

Jack is a trial lawyer, regulatory counselor, strategic advisor, and dealmaker. Jack has emerged as a leader for many of our clients and key project teams. In addition to running several pieces of substantial litigation (among other active cases) for our clients, Jack has also led a team of 10 attorneys on a nationwide program for a major client.

While focusing on manufacturer-dealer disputes, Jack has a broad range of experience across the Firm’s practice areas. Having started at the Firm after a high-stakes career in the government where he handled Senate confirmations, legislation, and Congressional inquiries for the Department of Homeland Security, Jack hit the ground running as a key member of our litigation practice. As a first-year associate, Jack won his first dispositive motion, arguing before a Chancery judge in the Circuit Court of Cook County. Thereafter, Jack has gained experience trying cases both in court and in an administrative setting, defending witnesses giving testimony in white-collar investigations, and managing cases from pre-litigation counseling through appeal.

Jack also negotiates and advises on dealer-manufacturer and regulatory disputes in the automotive franchise space across the country, and is a regular source of strategic advice and regulatory counseling for automotive clients and clients in other industries. Jack’s work includes:

Jack has handled a substantial number of transactions in the automotive industry, representing manufacturers in working out business solutions with their dealers and in advising on commercial contracts. Jack’s work has facilitated the amicable and voluntary termination of dealerships and the clearing of protest rights so the manufacturer can establish a new dealer and/or realign its local dealer network. Jack has also represented manufacturers in working out approvals for, and rejections of, franchise transfer (dealership buy/sell) agreements. In this work, Jack has served as both lead negotiator and deal architect, designing transaction structures to solve novel problems in a heavily-regulated field subject to a 50-state patchwork of rules.