A 5-Part Series For Community Banks

The Board of Governors of the Federal Reserve System, the Federal Deposit Insurance Corporation and the Office of the Comptroller of the Currency adopted the much anticipated new capital rules implementing Basel III.  The new rules will become effective for community banks on January 1, 2015, with many provisions of the new rules phasing-in over a four-year period. This series will discuss the following:

Part IV.  Changes To The Risk Weighting Of Assets

Because this series is solely a summary of these issues, we encourage you to contact us with any questions.

Point of Interest
The new capital rules provide for a 250% risk weight for any mortgage-servicing assets (“MSAs”), certain deferred tax assets (“DTAs”) and significant investments in unconsolidated financial institutions, which are not otherwise deducted from an organization’s regulatory capital. 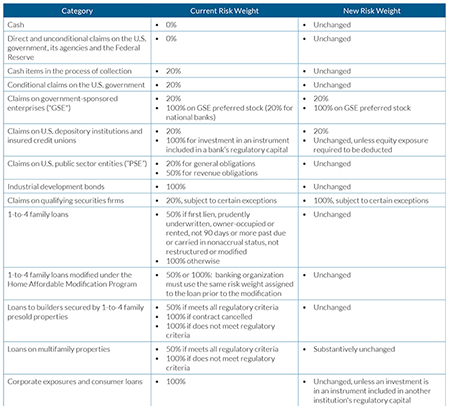 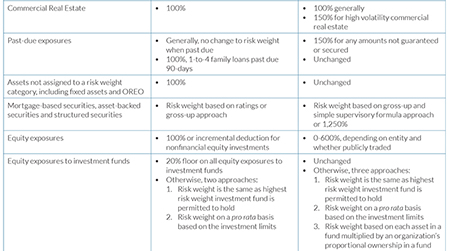 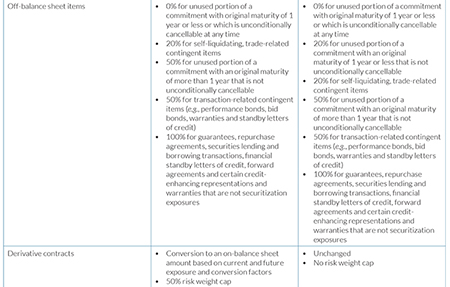 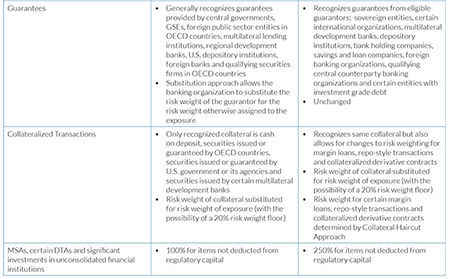 As with any new rulemaking, implementation of the required changes and thorough planning for the impact of new concepts will take time.  We urge you to begin the process of understanding how these rules will impact your organization as soon as possible.  To aid in this understanding, we have provided links to Parts I, II and III of our series, Basel III in Bite-Sized Pieces, and the following useful regulatory guidance for community banks:

Please feel free to contact us with any questions concerning the new capital rules or any other issues.