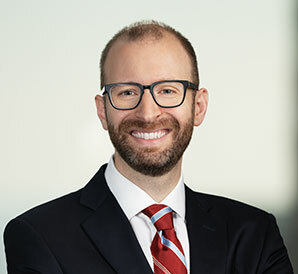 Michael is an experienced business litigator and a trusted advisor to the Firm’s clients. Clients rely on Michael to handle a wide variety of litigation matters, including those involving commercial contracts, federal and state statutory claims, and breach of fiduciary duty. In addition to his litigation practice, Michael also counsels and advises motor vehicle manufacturers regarding dealer relationships and programs.

For the Firm’s Motor Vehicle Group, Michael advises motor vehicle manufacturers concerning franchising and distribution, with a focus on dealer-manufacturer relations. Michael has been instrumental in operating national programs on behalf of automotive clients, including the following:

Michael devotes a portion of his time to providing pro bono representation, including the following matters: