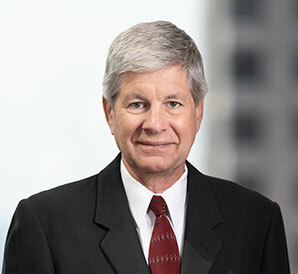 David concentrates his practice on general corporate and securities law matters. He has worked on a broad range of transactional matters, including securities private placements and public offerings, venture capital financings, mergers and acquisitions, technology licensing and general contract negotiations. In recent years, he has represented various European companies with respect to international acquisitions, joint ventures, investment and regulatory matters.

In addition to his practice, David was actively involved for a number of years with an Advisory Committee of the Illinois Secretary of State drafting legislation and advising the Secretary on corporation, partnership and limited liability company statutes under his jurisdiction. This Committee was disbanded in 2005, but the work of the Committee has continued through the Institute of Illinois Business Law.

David has authored and co-authored several articles on corporate and securities matters.