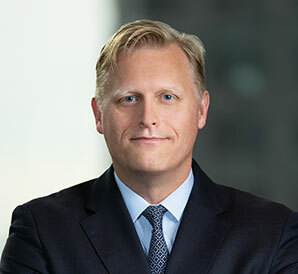 Over the last decade, Andrew has represented clients — from financial institutions to car makers to rap artists — in a broad variety of commercial disputes. Never content with just winning the current lawsuit, he strives to help his clients position their businesses to either avoid or handily defeat any potential litigation.

As a former federal law clerk for both trial and appellate judges, Andrew has briefed and argued appeals in state and federal courts across the nation. He frequently counsels financial institution clients regarding the consumer and class litigation risks posed by their account agreements and disclosures. He has counseled clients on issues involving contract disputes, insurance coverage, and consumer protection and civil rights statutes on both a state and federal level. He is extremely knowledgeable regarding class actions, franchise law, trademark and copyright infringement, and antitrust law. Andrew also advises a variety of clients regarding website/online compliance with the Americans with Disabilities Act (“ADA”).

Andrew also devotes considerable time to pro bono matters. Over the last year, he has counseled several clients in immigration matters ranging from asylum petitions to DACA renewal applications. In 2017, he and a fellow Barack Ferrazzano partner received the Excellence in Pro Bono Services Award from the judges of the U.S. District Court for the Northern District of Illinois for their representation of a suburban Chicago family alleging racial and religious discrimination in violation of the Fair Housing Act.